As we close out this third week of February, take heart that with every passing cold day we are getting closer to SPRING!

We’ve been hearing a lot lately that there’s no way the market can continue this pace, and that this time is different.  We know that markets historically have gone up 3 out of every 4 years since the 1930’s, we know that odds are in our favor – BUT – anytime markets have done well, it feels like it should drop off a cliff any day now.

A hat tip to our friends at Bespoke Investment Group for these charts. 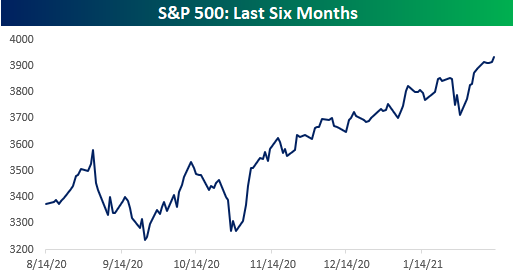 With two pullbacks of between 7% and 10% compressed into a two-month period followed by a rally of more than 20% right after, the last six months definitely seem like a pretty unique time in market history.  In financial markets, though, as crazy as a certain time may seem, there are always prior periods that have at least some similarities to the time in question.

There are 5 similar time periods through history that closely resemble the last six months.  Interestingly, just as the five prior periods are similar, they also had somewhat similar patterns moving forward.  Let’s look at some charts: 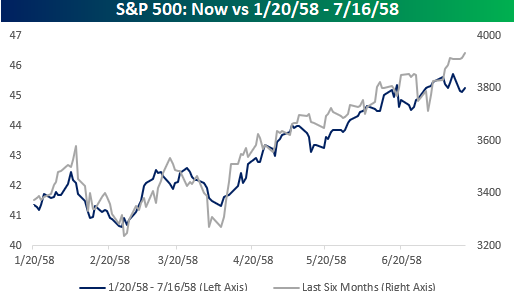 The first one is a biggie, because this was coming out of the recession in 1957 caused by the “Asian Flu”.  According to Wikipedia, it killed over 100,000 Americans, and over 1 million worldwide.  Beyond July of 1958, markets remained pretty positive into the early 1960’s. 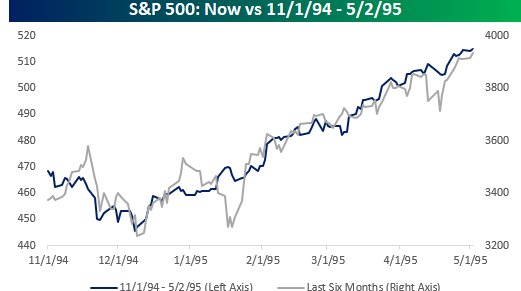 After the 1990 recession, the Federal Reserve raised rates to slow the pace of inflation, and slowed the economy and markets in 1994.  When the Fed became more supportive of growth again, the markets acted in a similar fashion to 2020, and continued to do pretty well not only for the balance of 1995, but for the balance of the 1990’s decade. 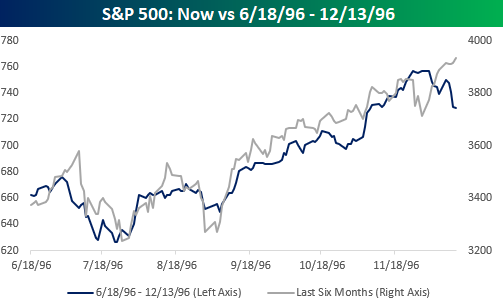 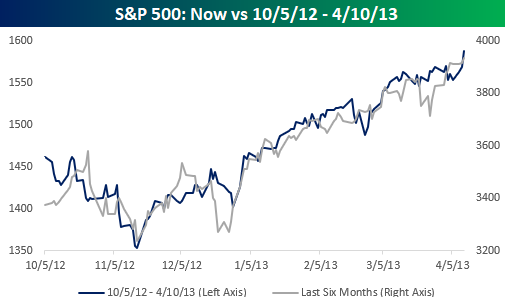 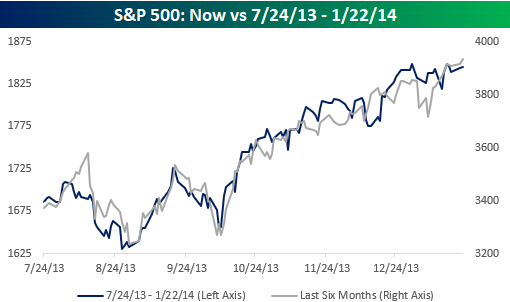 The point of all these charts is to say the following: while the future is not guaranteed, there are PLENTY of times that look like right now, and all of them ended up being pretty good over the next 3 months, 6 months, and 12 months, with relatively minimal / below average corrections.  That doesn’t mean we can’t have a correction, but it does mean that bodies that are in a positive motion often stay in a positive motion for longer than you might think.  We are positive about the coming 12-24 months, and do believe we are still in a longer-term bull market with some years left to run.