Chris and Jesse follow up on the positive vibes of the most recent Chartisphere research by finding some additional nuggets of worthwhile information to share which are keeping them optimistic.  The guys share a few useful charts in the video which are posted below for your opportunity to take a closer look.  As you know of course, performance in the past is not necessarily indicative of future results. 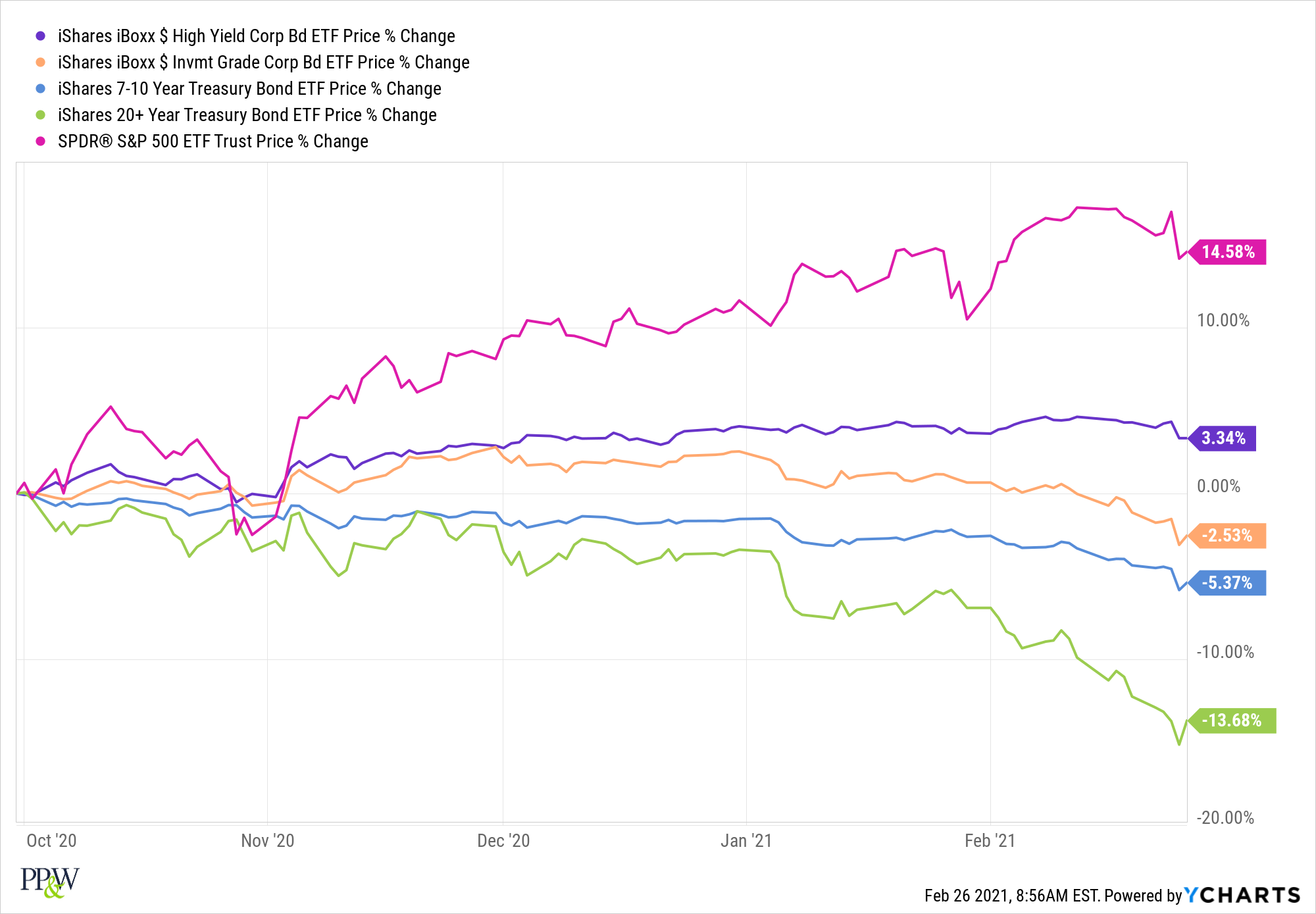 Chris makes the point that there would be some concern for the equity markets if the High Yield ("risky") bonds were breaking down.  Those are represented by the purple line, and stayed steady through February.  Instead it was the interest rate sensitive bonds that sold off (with the long-term bonds getting hit hardest - green line) given the rise in interest rates at the end of the month. 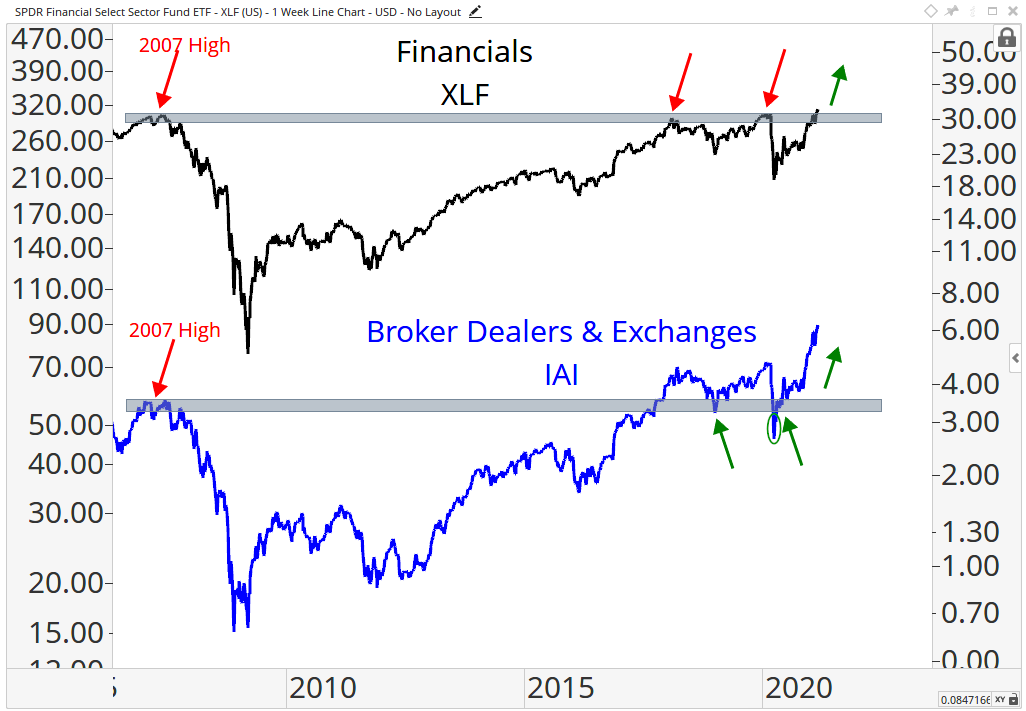 It has been a long road for the Financial Sector (banks) to make it back to and surpass their all-time highs...  FROM 2007!!!!  A sustained break-out for financials would be a positive sign and further indication that, in our opinion, there is  time remaining in the secular bull market. 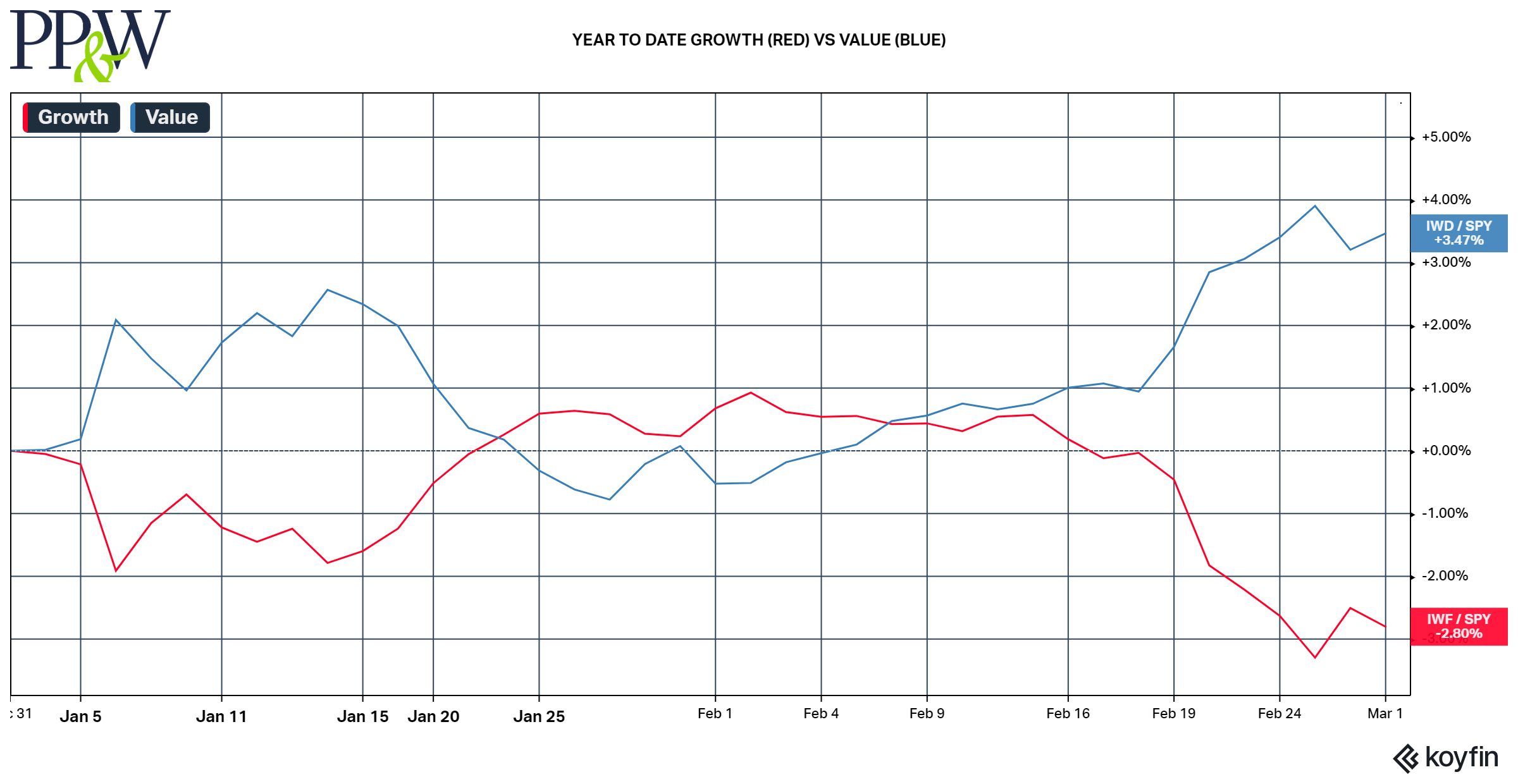 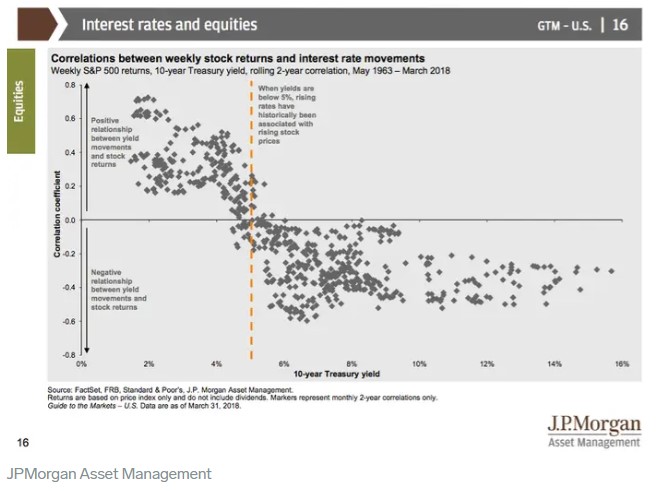 This chart serves as a good reminder that rising rates are indicative of a strengthening economy, which in turn is good for stocks... up to a point.  That point, according to JP Morgan's research, is until the 10-year Treasury gets to yielding 5%.  Jesse and Chris discuss having talked with one of our asset managers from BlackRock who believes that stocks may find some resistance somewhere between 3.5% - 4% on the 10-year, but that's still quite a ways from where we are now.