We wanted to give some perspective on what we’ve been thinking for the month of July and into August, and some of the portfolio positioning that occurred as a result.

First, heading into the summer, we knew that “Year 2’s” of bull markets are often a bit messy and sideways.  As you can see below, here are some examples from the past: 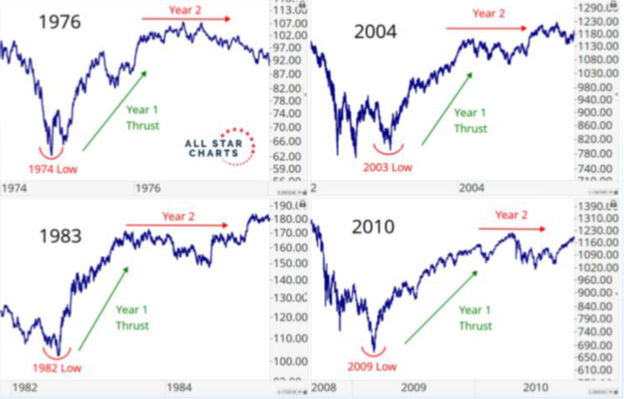 And not surprisingly, we’ve seen a number of areas of the market struggle in the near run: 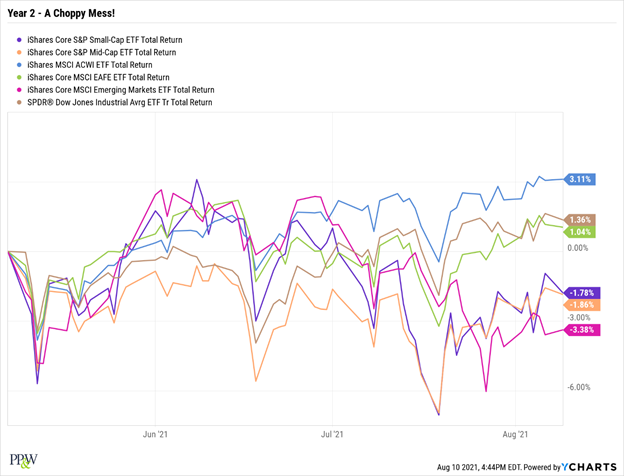 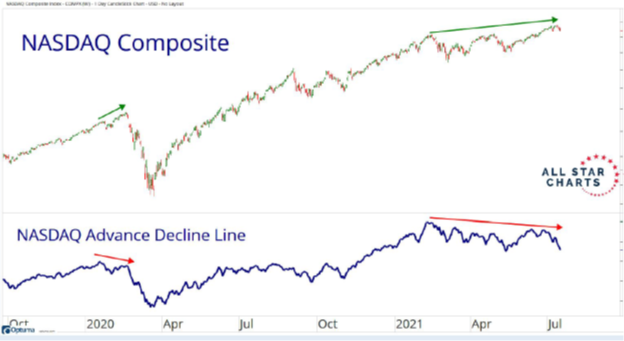 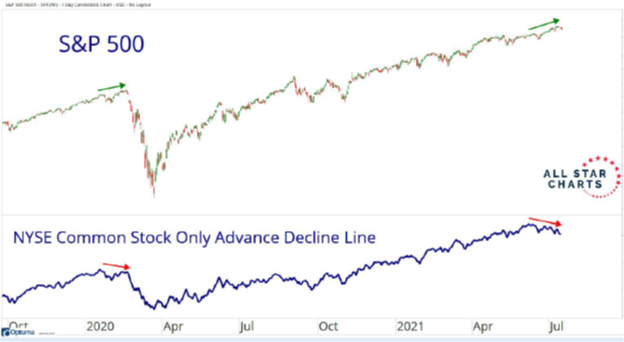 This had us increasingly concerned that the conditions for a market pullback were present.  As a result, we were overall more conservative.  Additionally, despite all the press about inflation, interest rates were dropping – this is not what you should see if conditions for stocks are good and continuing the stock market uptrend.  Interest rates dropped beneath 1.4% in July and seemed to be indicating some economic and market concerns. 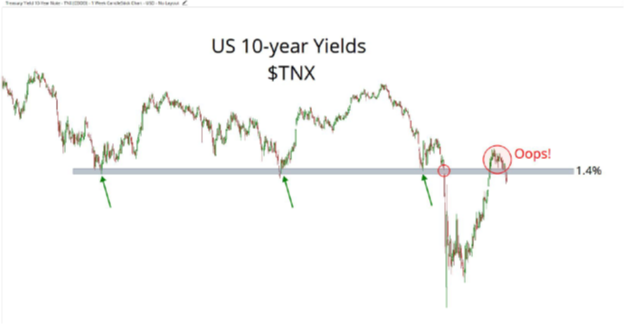 Meanwhile, COVID numbers were increasing in the US, which could certainly play into concerns for the economy and markets.

But, as we headed into August, US vaccinations have quickly increased: 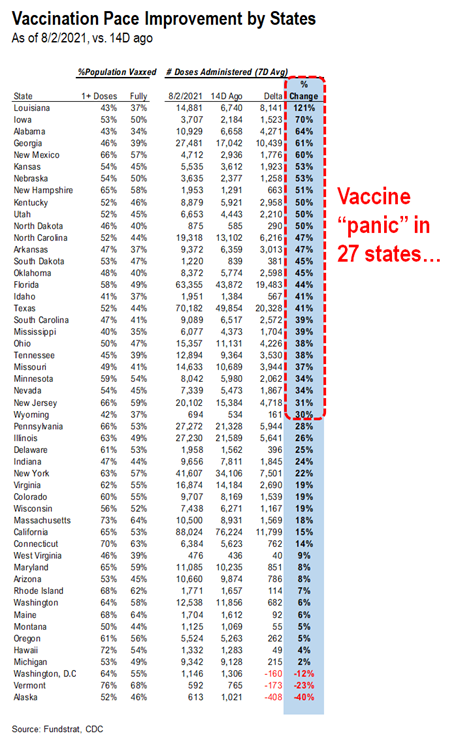 While it’s clear that the Delta variant is very serious (and keeping in mind we are not health experts), the question is whether Delta leads the US population (and the rest of the world) closer to the end of COVID.   Consider the path of Delta through other countries: 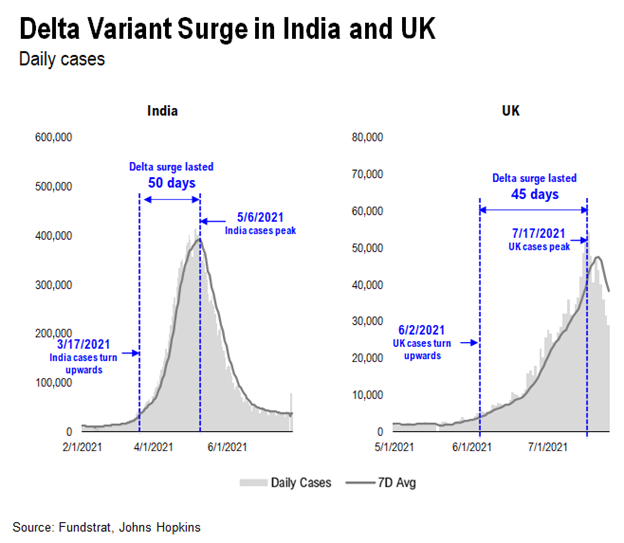 And as it relates to the US, with more vaccinations per capita (certainly when compared to India), as well as the current exponential increase in vaccines, what does that mean in moving the USA toward population-wide exposure? 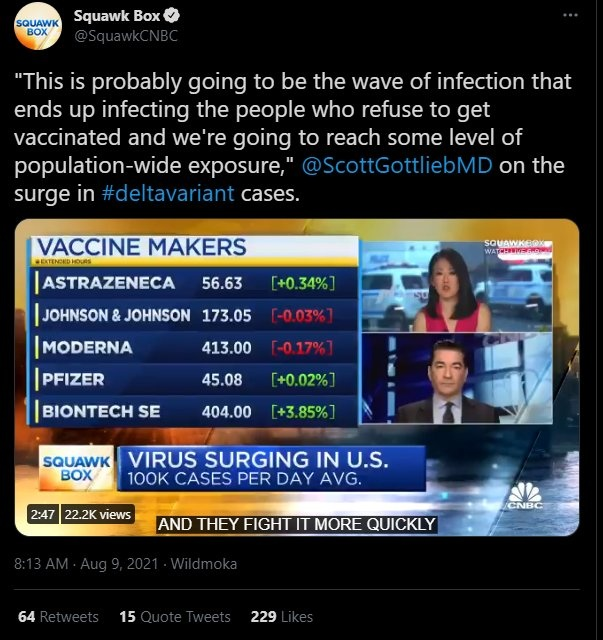 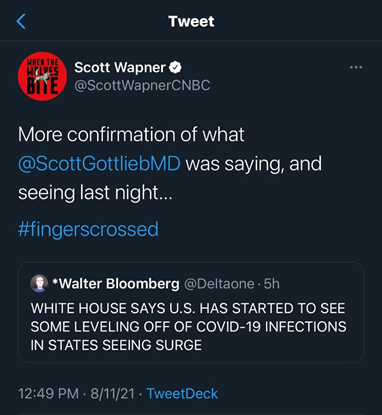 If the notion of a peak in the Delta variant as well as population-wide exposure is true, then what would that mean for risk assets?  In the near run, this may mean a resumption in uptrend of economic activity; a potential rise in interest rates; and therefore, a transition to companies that do a bit better during rising interest rate environments.

So, here is a chart of the 10-year Treasury yield (which is used as a major measuring stick for interest rates), which dropped in July – as if the bond markets knew something that the stock market didn’t.  But since then, yields seemed to reverse course.

There’s no guarantee this continues, or that this narrative is correct, but knowing that markets are forward-looking, if there is the potential for a peak in the COVID delta variant, and we are close to population-wide exposure in the US, this would most likely be a positive for the economy and markets, and potentially an argument for higher interest rates. 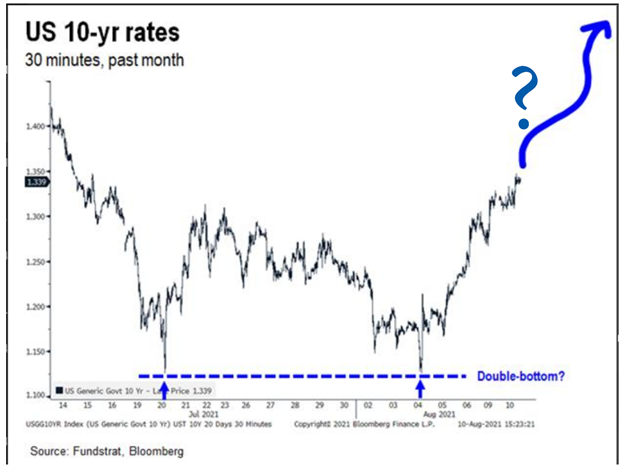 If this were the case, then our mission would be to seek the types of companies that ought to do better in that environment: 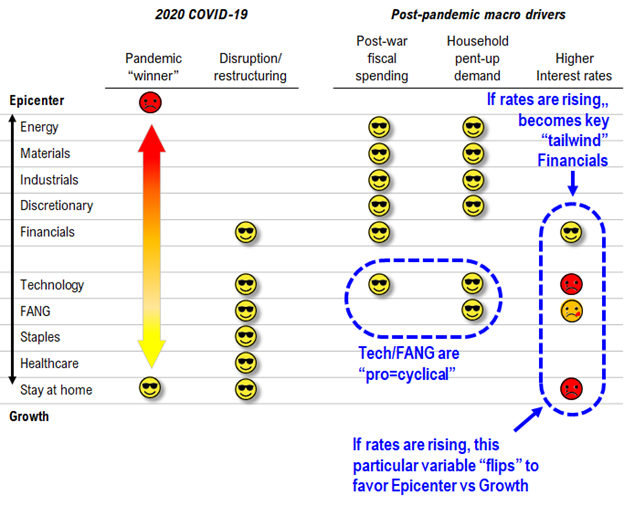 And, interestingly, the types of companies that are showing signs of life are: 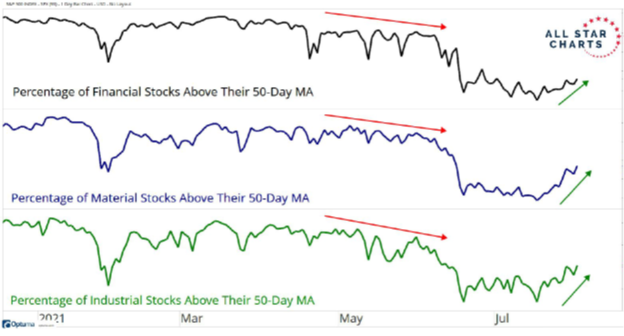 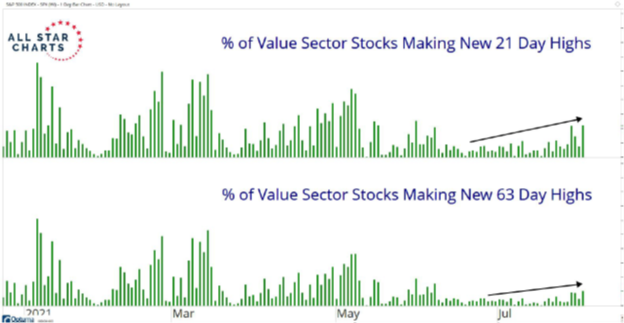 And the same seems to be occuring for the rest of the world as well, which is more “industrial” in nature than the US economy. 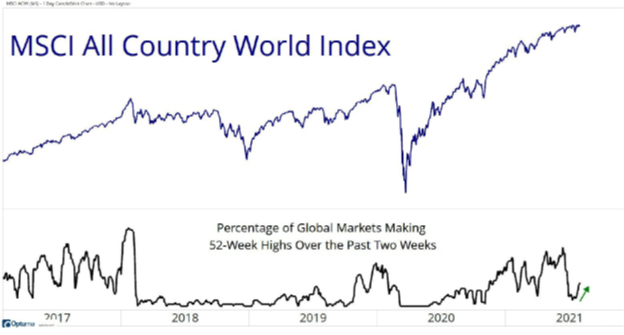 So, will we see peak COVID for 2021 by late August?  Will we see higher interest rates and more cyclical companies take the markets higher?

Only time will tell, but please know we are working to position accordingly.  While there are certainly other risks that could show themselves heading into the fall, we will be watching closely.

As always, thank you for the privilege of serving your family.