In so many aspects of life, communication is key!  We recognize the importance of communicating our thoughts on current topics and hope the transparency of thought coming straight from your wealth advisory team is of value to you.  The topics most discussed of late include inflation, housing prices and capital gains taxes.  In this episode of Random Gleanings Chris and Jesse discuss their thoughts on these issues offering some points of view that can easily be lost in an attention-grabbing headline.

- Inflation - 0:00 - 2:12 - What is the biggest driver in the recent Inflation numbers? Supply shortages? Demand increases?  The guys share their thoughts on both elements, and give some perspective on how COVID has played a role in the last year to shake-up each.  From this position the guys agree temporary inflation is here, but concur that longer-term inflationary concerns are not too big a threat for now.

- Housing - 2:13 - 4:43 - Low supply and high demand is driving the rapid increase in housing.  Chris walks through some staggering US Census Bureau data that tells a great deal of the story on housing at present.  With some context surrounding the data, it’s hard to believe that this recent run in housing prices ends as it did in 2008 when it was built much more on speculation and bad banking.  (See supporting charts below)

- Capital Gains Taxes - 4:44 - 5:51 - While we attempt to remain politically agnostic in the context of managing money, we know we live and serve a pretty "red" part of the country.  And nothing gets "red" voters more red-hot than tax increases.  Jesse attempts to calm some concern over the proposed increases in long-term capital gains based on a couple things - first, as of now it is proposed, not law; and second, the proposal puts a target on higher taxes for households earning more than $1Million annually... which applies only to somewhere between 0.1 - 0.3% of Americans presently. 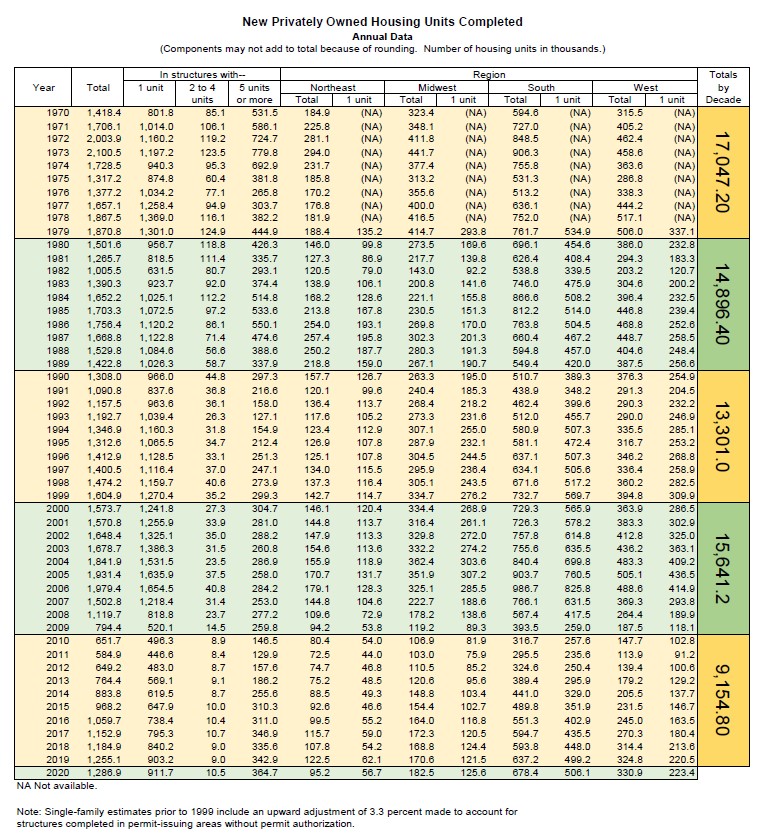 Census Bureau data on new housing units completed by year.  Chris makes the point that with increased population over this period (see next chart), we're simply behind on building new homes recently.  Builders feeling less speculative since 2008 most likely has something to do with this. 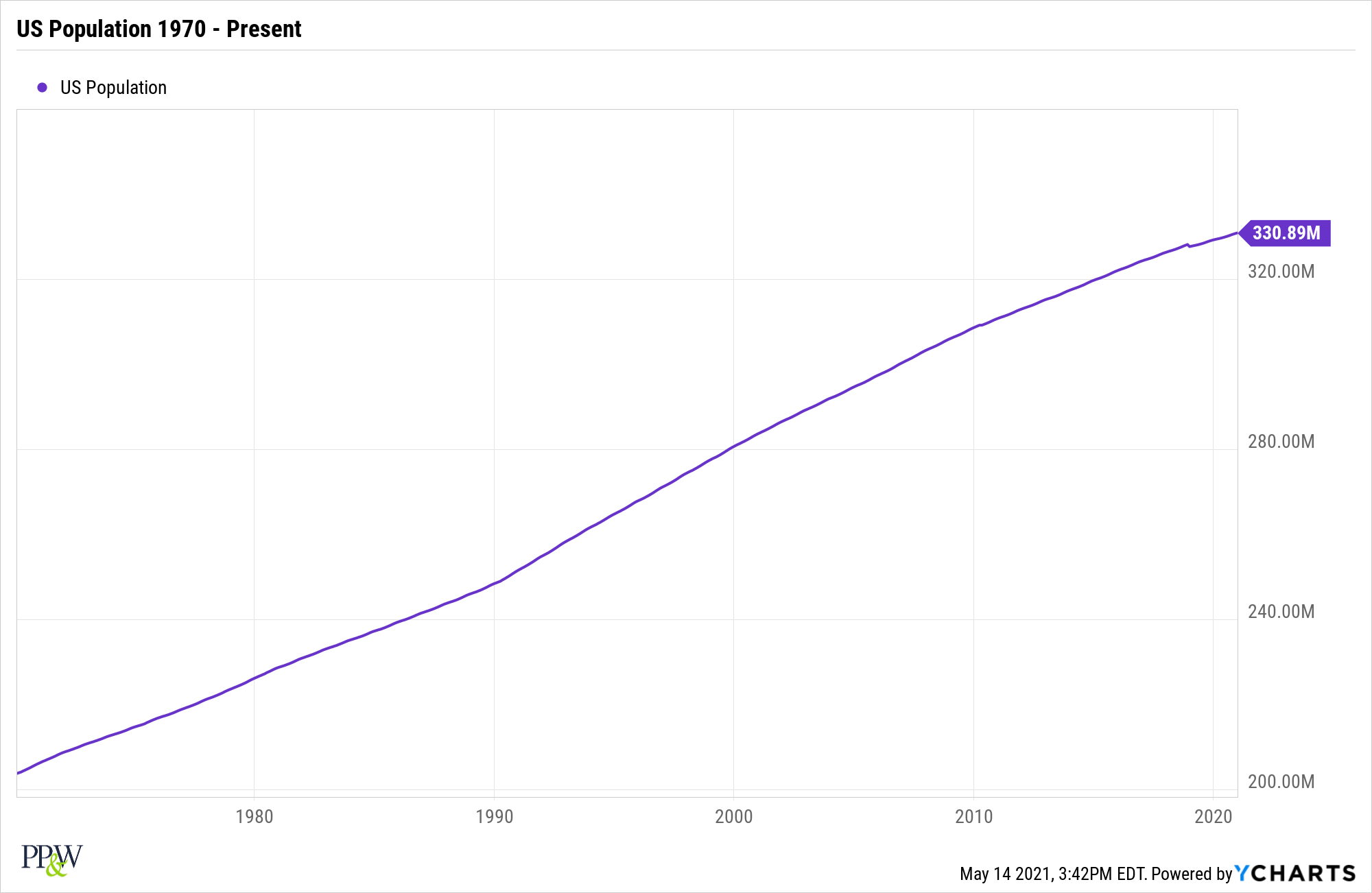 There are approximately 130 Million more people in the US since 1970, and they all have to live somewhere! 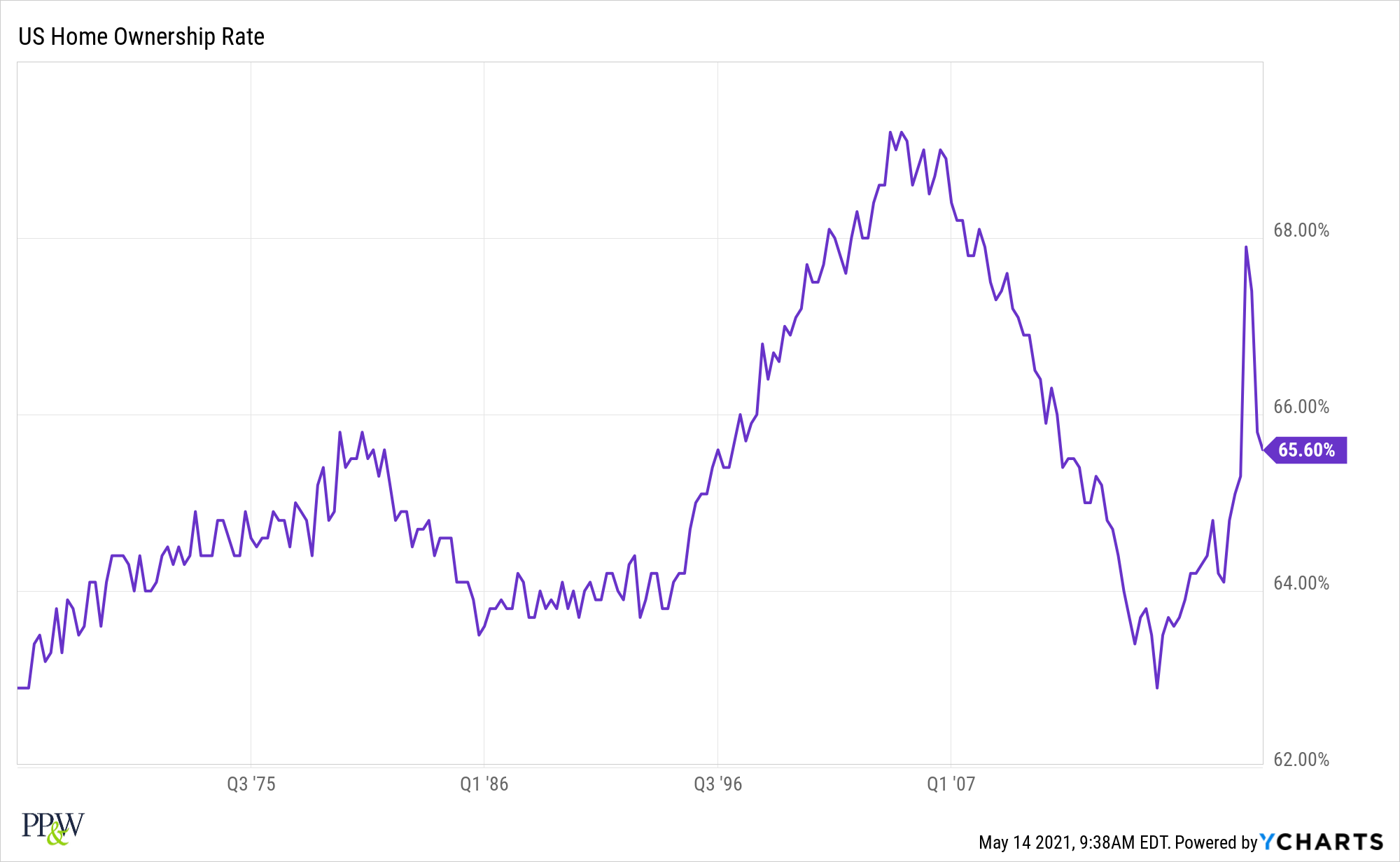 We missed hitting this chart in the video, but it makes the point that demand for housing has remained pretty consistent over the past four decades. In our opinion this strengthens the notion that lower output of homes being built combined with a growth in population tells a large part of the story of we are with home prices.